The government is thinking of abolishing the benefits of their children and grandchildren in freedom fighters quota in government jobs. The Public Administration Ministry and the Parliamentary Standing Committee on this issue also expressed unanimity on the government’s decision. The government employee’s law has already been finalized for this purpose. After the review of the law, it will be presented for the passage of the parliament soon. These sources are known in the relevant sources.

Meanwhile, the Parliament Secretariat sources said, the draft of the new law has been sent to the Standing Committee on the Ministry of Public Administration. The committee members also discussed this at a recent meeting. Most of the members, in the opinion of the law, said that only the job of the freedom fighters should increase their facilities in all respects. The present government is doing this. But the freedom of the children of freedom fighters or their grandchildren is not suitable to give quota. In this, young people of the country’s job seekers are being deprived. 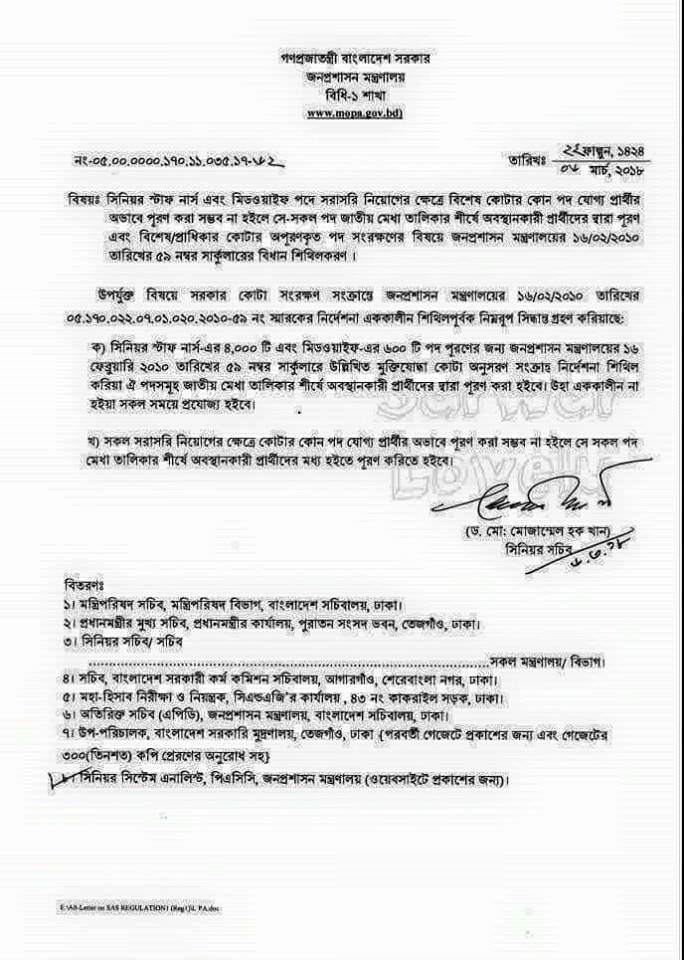 Powered by WordPress | Designed by Tielabs
© Copyright 2022, All Rights Reserved